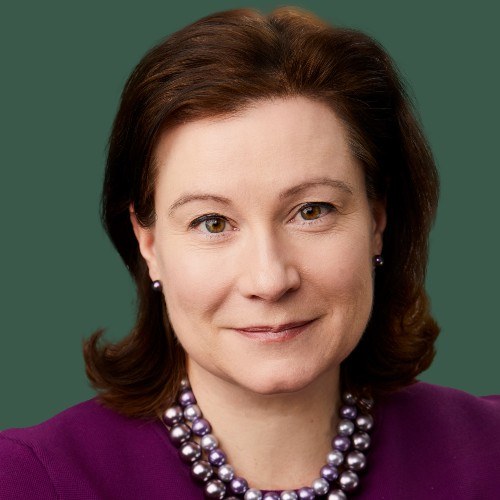 Hélène V. Gagnon is Senior Vice President, Public Affairs, Global Communications and Corporate Social Responsibility at CAE since 2015 and is a member of the Executive Management Committee. She manages CAE’s brand and reputation including public affairs, web and social media presence, corporate events as well as issues and crisis management. She leads CAE’s Corporate Social Responsibility (CSR) roadmap and chairs its CSR committee. She also strengthens relationships and communications with key internal and external stakeholders worldwide, including CAE’s 10,000 employees, media, communities and governments.

Prior to her appointment at CAE, Ms. Gagnon worked for 11 years at Bombardier, the last eight as Vice President, Public Affairs, Communications, Corporate Social Responsibility and Achieving Excellence System for Bombardier Aerospace, the third largest civil aircraft manufacturer. From 2003 to 2007 she was Senior Director of Public Affairs at Bombardier Transportation.

She began her career in 1995 with the law firm Fasken as a specialist in environmental law. In 2000, she joined mining and metallurgy multinational Noranda Inc./ Falconbridge Limited (now known as Glencore) as Director of Public and Corporate Affairs for Québec.

Ms. Gagnon has always been very active in the community. She has been involved in more than 50 organizations including government advisory boards, pressure groups, cultural and charity organizations and business associations and was appointed to more than 25 Boards of Directors.

She has been a speaker or panelist around the world on topics such as environmental policy, corporate social responsibility, public policy issues, crisis management, issue management and social media. She has garnered more than 60 scholarships, awards, distinctions and excellence prizes notably, the prestigious Canada’s Most Powerful Women Top 100™ award from the Women Executive Network in 2007.

A graduate of McGill University with a degree in Civil Law (B.C.L.) and Common Law (LL.B.), Ms. Gagnon also holds a Master’s degree in Public Administration and Public Policy from the London School of Economics (M.Sc). She is a member of the Québec Bar, holds the professional certifications of Accredited in Public Relations (APR) and Fellow (FCPRS) from the Canadian Public Relations Society.