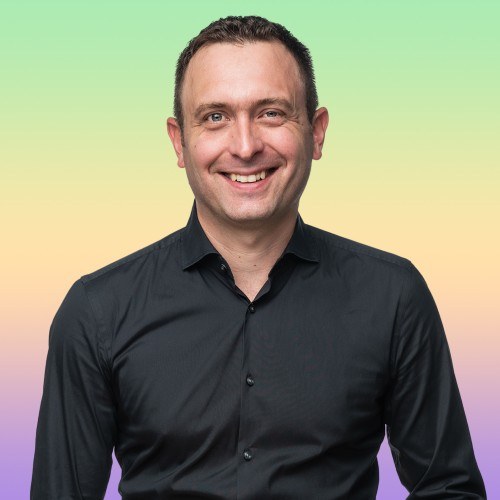 At the age of 14, he started in the family business Les Pneus LMR Inc, a company specializing in heavy truck tires, doing some part-time work. In 2002, he decided to become an employee in the company purchased by his father from his grandfather. He worked his way up through the ranks: maintenance, service attendant, road service, counter clerk and billing clerk.

In 2015, his father, President of the company, decided to prepare the succession so that in a few years he could retire. Jean-François shows a keen interest and joins a long-time employee to buy out his father's business. In 2016, having the desire to become a good business leader, he enrolled at the École d'Entrepreneurship de Beauce (EEB). There, he learns to know his strengths and weaknesses and to develop his leadership skills. EEB leaders have said of him that he is intelligent, composed, determined, hard-working and open-minded. This will make him a good leader. He cares for his family but also for all his employees.

The company is now in full expansion, he knew how to surround himself with suppliers and efficient partners who listen to his company. He has developed the automobile service department for individuals and continues to grow the heavy-duty truck department. In 2020, he is now the majority shareholder and continues to develop it with his partner, having at heart the well-being of his employees and the satisfaction of his customers.